END_OF_DOCUMENT_TOKEN_TO_BE_REPLACED

A refinery in Thailand was facing a major dilemma operating their 35 year old recycle gas compressor due to their failing steam turbine driver. The API 612 non condensing steam turbine had a rated output of more than 2 MW. The main steam chest, casing, and exhaust was of A216 WCA construction.

During a routine inspection, the maintenance team discovered severe erosion problems on the discharge nozzle of the turbine. After some detailed inspections on the eroded areas, the maintenance team found out that nearly 60% of nozzle thickness had eroded away in certain areas. A quick calculation on the erosion rates revealed that that the body would fail within a period of 2-3 years, a few years before their major 5 year turnaround. The refinery did not have any spare compressor trains nor a spare steam turbine casing. As the old steam turbine was obsolete, there was limited support from OEM.

This was a major problem for the refinery as they risked shutting down a major unit in their refinery if they could not find a solution. The reliability and maintenance team contacted PSS to explore various solutions to the problem. The immediate solution PSS proposed to customer was to weld-repair the discharge nozzle. However this option was quickly rejected by the refinery operators as the repair and subsequent overhaul would take a period of at least 1-2 weeks. The maximum time period for a quick shutdown at the refinery was 2-3 days.

With such a short time period, the only alternative was to replace the entire API steam turbine with a new unit giving the same performance without changing any of the steam pipelines, base plate, lubrication system, etc. Or in other words – a drop-in steam turbine. The refinery team was very interested to explore this option further. The first step in this project was to scan the entire turbine to ensure that original dimensions and footprint can be maintained. The refinery team agreed with our suggestions and allowed us to scan the turbine while still in operation.

PSS utilized the latest generation Handyscan equipment to do this job. This is another example of how PSS has used world class engineering and technology to achieve our  stated vision of providing asset management solutions to our valued customers. The entire project was completed within 2 days and marks the first time PSS has scanned a steam turbine in our history. This project is still a work in progress and we are ready to move to the next step of providing a drop in turbine.

END_OF_DOCUMENT_TOKEN_TO_BE_REPLACED 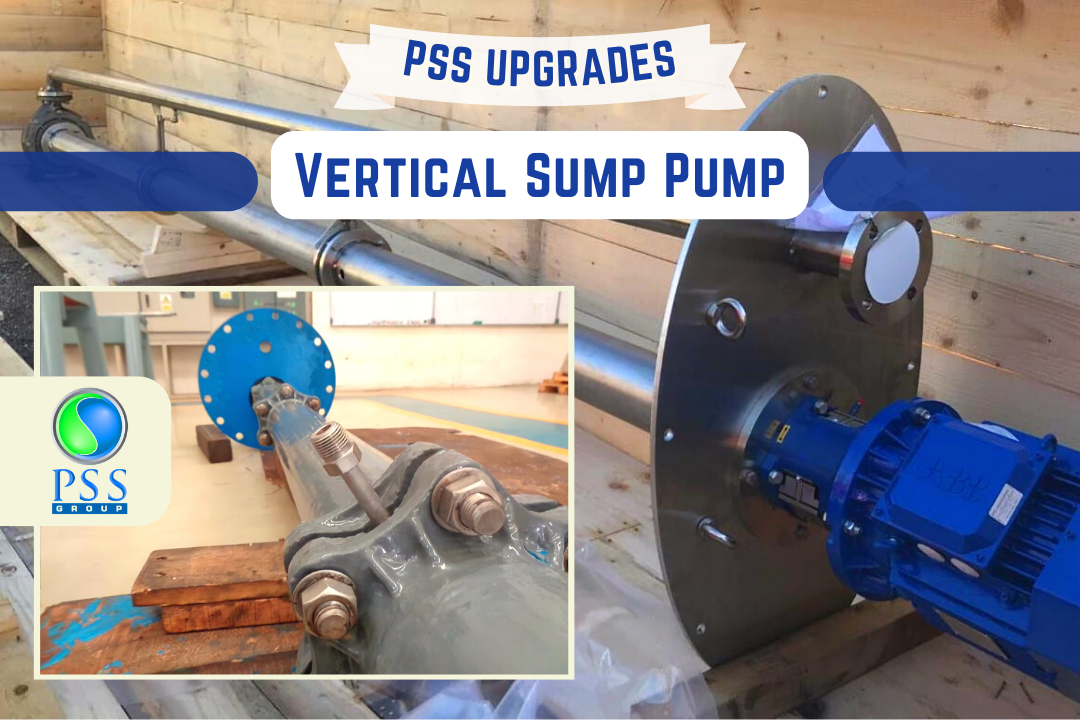 It is possible to more than double a vertical pump’s life by upgrading the pump repair to a “precision remanufacture”. As a result of this, the pump vibration will be reduced and can be verified upon start-up. The precision repair and upgrade cost is usually a small item in the pump’s life cycle cost.

This concept of asset life extension was put into practice recently when the PSS Service Facility in Rayong received a heavily corroded 6 meter long sump pump from a petrochemical plant in Rayong, Thailand. Upon detailed inspection, the cast iron pump was found to be both corroded and cavitated. The remaining pump construction of the columns and pipings were of cast steel construction. Due to age and the effects of corrosion, the faces and register fits of the mating surfaces were out of tolerance. This was a contributor to the vibration problems faced by the customer.

It became apparent that nearly all the components on this pump had to be replaced. The Engineering team in PSS proposed to upgrade the metallurgy of both pump and column piping to SS 316. Our customer was in agreement with the suggestion but gave us a time of only 2 weeks to complete the upgrade.

Due to time constraints, our mechanics could only upgrade the columns, piping, flanges, shaft, and line shaft bearings. All components were machined in the PSS Machining Center in order to verify faces and fits of all components. The SS316 shaft was turned, ground, and polished using our lathe and OD Grinding machines.

For the cast iron pump and impeller, PSS scanned the pump components and have proposed upgraded SS 316 casing and impeller with delivery times of 2-3 months. As a temporary solution, PSS applied Enecon protective ceramic coatings, machining out the casing and impeller wear ring areas to ensure proper clearances.

The sump pump was successfully commissioned back at the petrochemical plant. All vibration issues have disappeared and we expect the pump to operate trouble free for many years to come.

END_OF_DOCUMENT_TOKEN_TO_BE_REPLACED Heating the air inlet to a gas turbine rather than cooling may appear contrary to what we know about thermodynamic efficiencies. However, the benefits of heating intake air during part-load operation can enhance overall plant flexibility.

On a typical gas turbine, output is regulated by adjusting the inlet guide vanes. However, there is a point at which closing these guide vanes may introduce Issues such as flow separation and combustion – this has a significant impact on the efficiency of the gas turbines. By preheating induction air, turbine output is reduced, but it’s possible for the guide vanes to remain fully open. As a result, there are no issues involving a pressure drop ahead of the compressor stages or flow separation, and high overall efficiency is possible.

A major power producer in Thailand was facing reliability problems with their air heater pumps (used to heat up air on the inlet of their GE LM6000 gas turbine) due to leaking packings. The plant was operating with minimum staff and was unable to monitor and tighten the packings on the pump. This lead to loss of hot water and pump reliability problems.

After an extensive study, the power plant decided to upgrade all their Torishima pumps with PSS due to our long 30 year experience of mechanical seal retrofits in Thailand. The technical team at PSS selected John Crane T4610 Series for this upgrade. The main reason for this selection was due to its robust design and ease of installation due to minimal stuffing box modifications.

The pumps were retrofitted in PSS’s Service Facility in Rayong. All the air heating pumps were successfully commissioned and have now improved the reliability of the entire air preheating operation..